Bertagni 1882 starts production: the first tortellino comes out of the Avio plant
Quality, technology and innovation are the key words of the new factory 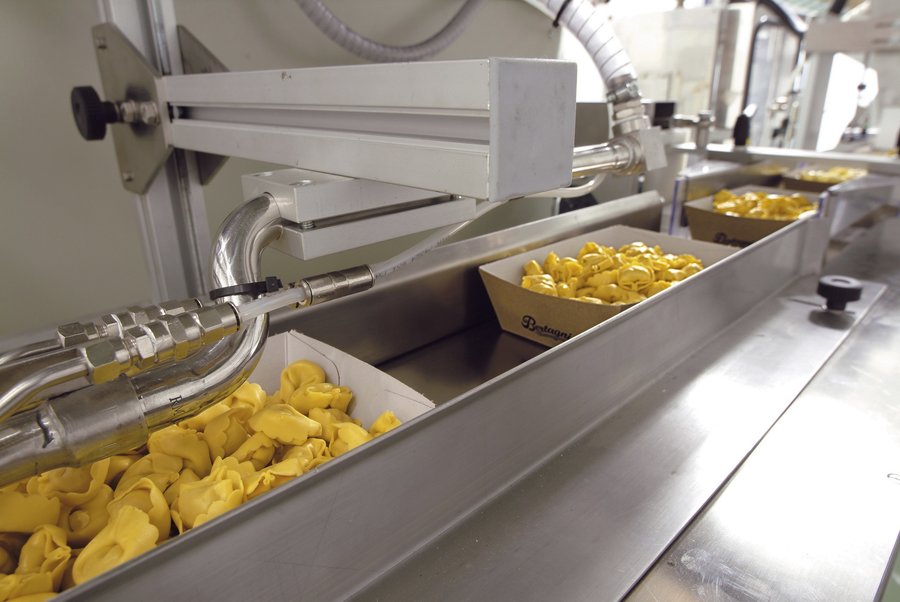 It seriously risked closing, going down in history as a “former” factory: former PAF, then former Malgara Chiari & Forti. Instead, the tortellini factory of Borghetto d'Avio is reborn and does so with great potential for the future, thanks to the tenacity with which the Province and Trentino Sviluppo have always believed, in spite of the difficulties, in the possibility of giving back a productive future to the factory, and give their work back to 78 employees who lost it two years ago. The new facility was inaugurated on 15 May, by the Vicenza-based Bertagni 1882 group, which boasts 130 years of history, 250 employees, a consolidated turnover of 69 million Euro and a 2018 initial quarter recording a 10% increase compared to 2017. According to Antonio Marchetti, the Company’s President, the choice to invest in Trentino was the result of “a friendly corporate administration and people with skills that are too precious to go to waste”.

Exactly one year after the signing of the agreement with the Province and Trentino Sviluppo, Bertagni 1882 has already invested 4 million Euro in restructuring the Avio complex, which represents the evolution of the working methods already adopted in the corporate headquarters in ​​Arcugnano. Able to produce over 400 different types of tortellini and ravioli, the new production line is equipped with a modern “clean room” independently ventilated and air-conditioned, where packaging operations are carried out according to the highest standards of efficiency and quality.

After an initial testing period, in which production equipment will be operational 10 hours a day, production will switch to a continuous cycle comprising three daily shifts. Subsequently, the plan entails the installation of additional production lines, in a plant that, after the completion of recovery operations, has already been set up to accommodate four of them. To date, the facility employs 33 workers, but the volume increase will require hiring new staff, until all workers (78) previously laid-off in 2016 as a result of the Malgara Chiari & Forti bankruptcy and closure will be re-hired.