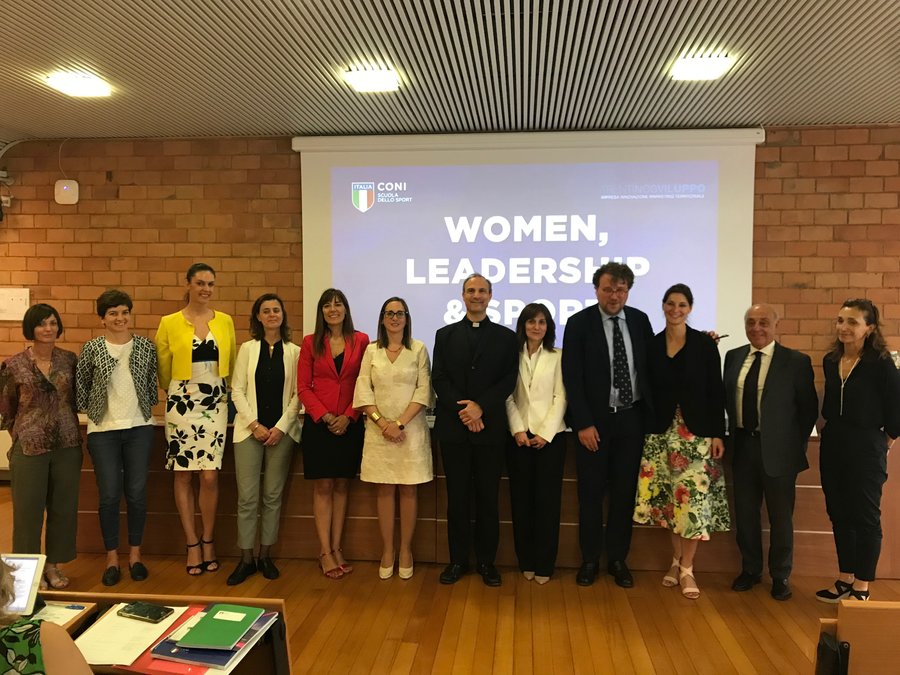 As the 2019 FIFA Women’s World Cup is in full swing in France, Trentino Sviluppo co-organized with the School of Sport CONI (Italian Olympic Committee) the international workshop “Women, Leadership & Sport”, on June 13th. Now that the workshop is over, it's time to take stock of women's rights and situation in the sport industries.

At the end of the workshop, it has been announced that Antonella Bellutti has been appointed by the Italian Government and the Sport Unit as “Italian Ambassador for the European Week of Sport”, a week (from September 23rd to September 30th, 2019) which invites everybody to “Be Active”, practice sport and engage in active and healthy lifestyles. Antonella Bellutti is the two-time Olympic Champion in Atlanta 1996 and Sydney 2000, a multi-disciplinary talent which practiced professionally three sport, entrepreneur, innovator and great female leader.

Here are some quotes from the workshop:

“…The dialogue with leaders and mostly female leaders in the world of entrepreneurship, innovation and sport, has – once again – underlined that there are no male or female professions and it is certain that women today with perseverance, competence and quality fulfill a multiplicity of professional objectives. The willingness to be present and to engage could determine a (female) virtuous circle. Women today and certainly tomorrow will be successful leaders and they will achieve a specific role in the world of sport but also in other contexts – for the benefit of civil society...”

“We experimented by organizing this international workshop focused on ‘Women, Leadership & Sport’. These are 3 fundamental dimensions for our future as a System and for the future of the international eco-system. Moments like this enable us to reflect with a team spirit for the future. We are honoured to have begun this path with the School of Sport. It’s a beginning, not an end. Trentino Sviluppo is ready and from here new initiatives at a local, national and international levels will begin”.

“... My professional experience demonstrates that there are no professions for men and profession for women. What exists is the skill set, competence, experience, willingness to challenge oneself and to commit oneself in order to make something new and something different happen. I am absolutely convinced that in the future we will see young (female) manager in primary roles also in the world of sport – as it already happens in other professional fields – and from this we will all benefit”.

Given the relevance of the issue, many newspapers have dedicated their pages over to the the "Women, Leadership & Sport” workshop.  This a media retrospective about the workshop: