From 0 to 100 km in seven years: Bonfiglioli bets on Trentino
In 2011, the Emilia-native multinational company launched a first research core in the Mechatronics Hub. At present, it is building a new intelligent factory 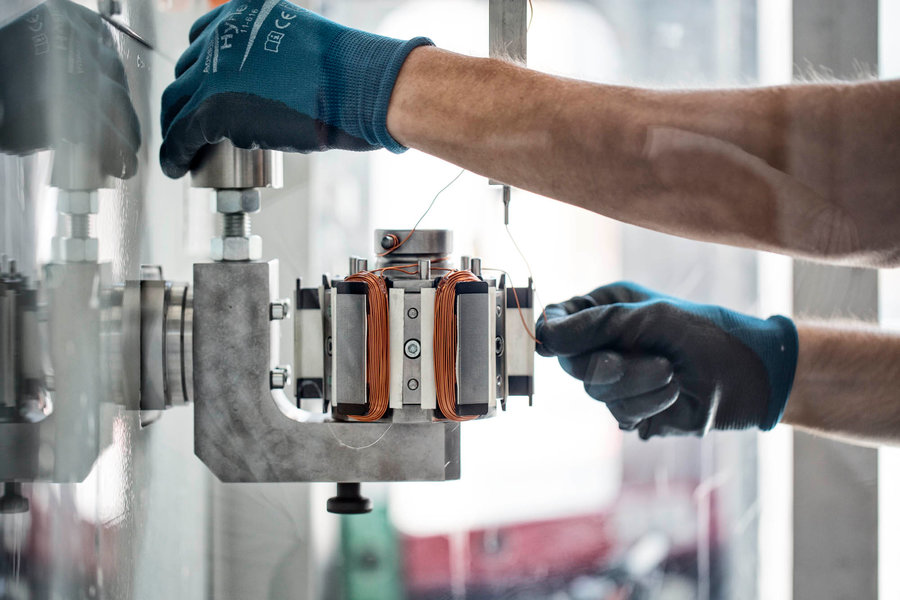 After growing from 3 to 80 workers and from 0 to 20 million Euro turnover in just seven years of activity in Trentino, Bonfiglioli now whishes to double its workspace. The construction work for the new production plant in the Mechatronics Hub kicked off on Monday, 23 July, 2018. The building, financed by the Province of Trento as a new body of the Mechatronics Hub, has a total surface of 6,000 square meters across two floors and will be ready in the summer of 2019 to host the new Bonfiglioli Mechatronics Research site. Built with extensive use of wood, according to strict energy saving standards, the building will host the processing of the new planetary gearbox models patented by the Emilia-based multinational company and the development of innovative projects in the Internet of Things.

“This establishment - Sonia Bonfiglioli, Chairman of the Bonfiglioli Group, explains - will have a modern and futuristic layout, where we will produce more than just new ranges of products. Indeed, our goal is to transform our new facility into a real pole of the Industrial Internet of Things (I-IoT). This means that here we will do something new that we do not do anywhere else, or we will develop smart digital products and processes capable of interfacing with our customers”.

After planting its roots in Rovereto in 2011 with its “Bonfiglioli Mechatronic Research”, a small research and development unit made up of few researchers, Bonfiglioli, over the last 7 years, has gradually consolidated its relationship with the region. In January 2016 the company entered into an agreement with the Province and Trentino Sviluppo to make operational a new business unit of the Group called “Mechatronic drives and solutions”, across 3,000 square meters in the Mechatronics Hub space.

This project brought significant results to the local mechanical-mechatronics, IT and electronics sectors, which in recent years have seen a 10-fold increase in the turnover of the gear-unit multinational company in the provincial territory, namely, from 300,000 Euro in 2011 to 20 million Euro in 2017.

The revenue generated by the presence of the Bonfiglioli company in the Trentino area amounted to 2.2 million Euro, of which 1.8 million in general services (hotels, catering, rentals, and stationery), 540,000 Euro in services such as training, plant engineering, cleaning, transportation, utilities and consulting, and 320,000 Euro in specialized services (mechanical processing and purchase of components).

Young people are also afforded many opportunities: to-date, the Bonfiglioli establishment in Rovereto employs 80 among engineers, designers and skilled workers. 74% are from Trentino and one in two is less than 30 years old. The number of employees is destined to grow up to 100 units after the completion of the new plant.

Different models of planetary gearboxes and innovative solutions will be developed within the IoT (Internet of Things) in the new production complex, to be built near the ProM Facility prototyping laboratory.

The facility, which will have clean lines and light wooden components - powered by renewable energy and certified as “energy Class-A” - will be developed across two floors: the ground floor will include the production areas, while offices and meeting rooms will be assembled on the first floor.

The final and executive phases of the project, which cost 4.5 million Euro, were implemented by the real estate, industrial and settlement division of Trentino Sviluppo. The project will have to be completed in a timely fashion: 365 days. 4 million Euro will also be invested by Bonfiglioli for the purchase of production lines and technological systems.

Founded in 1956 in Bologna, the Group is one of the world leaders in the design and production of speed gearmotors, drive and industrial automation systems, as well as inverters and solutions for photovoltaic and planetary gearmotors for hundreds of different applications all over the world. In 2017, turnover amounted to 808.4 million Euro. The Group employs 3,700 across its 21 branches and 14 plants throughout the world.

speed gearmotors, drive and industrial automation systems, as well as inverters and solutions for photovoltaic and planetary gearboxes