Progetto Manifattura: grounds broken at the new production complex
The erection of the largest industrial civil construction in the province has been set in motion 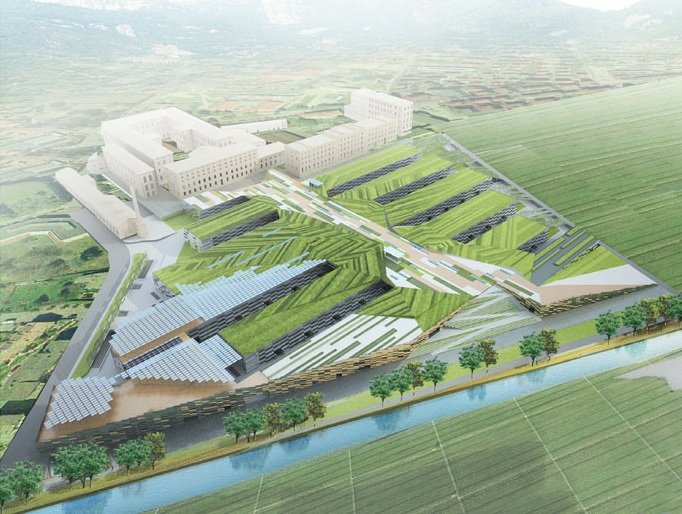 These spaces will be among the most important and evocative productions ever made. This is how famed Japanese architect Kengo Kuma envisioned the preliminary blueprint five years ago. The construction works were then held up in a seemingly endless judicial-administrative red tape fueled by the appeals of competing companies. Today, Friday 18 May, the construction of the new production spaces of the so-called “Ambito B” of Progetto Manifattura, a mega-worksite worth 38 million and 600,000 Euro, was awarded to Colombo Costruzioni Spa of Lecco, which will transform the incubator of Trentino Sviluppo and the historic tobacco factory in Rovereto into a true Green Innovation Factory. Nearly 26,000 square meters of new buildings will allow doubling the production areas and corporate spaces, with a total estimated 100 plants installed for 1,200 employees.

The works, which will end in January 2020, will involve more than 30 companies under the guidance of Colombo Costruzioni, with peaks of 250 workers a day. A construction site that will figuratively break grounds also in terms of cutting-edge environmental sustainability and great attention to the safety issues, thanks to an innovative agreement that involves various public agencies. Progetto Manifattura’s new production area is the largest civil building contract launched to date in the province of Trento. It will generate an important spin-off at local level, with expected orders collectively worth 18 million Euro entrusted to Trentino companies.