On 15 May will take place in Rome the final of SPIN Accelerator Italy
At the demo day organized by Trentino Sviluppo, Giovanni Malagò, the CONI (Italian National Olympic Committee) President said: “Trentino is a territory at the forefront and full of ideas” 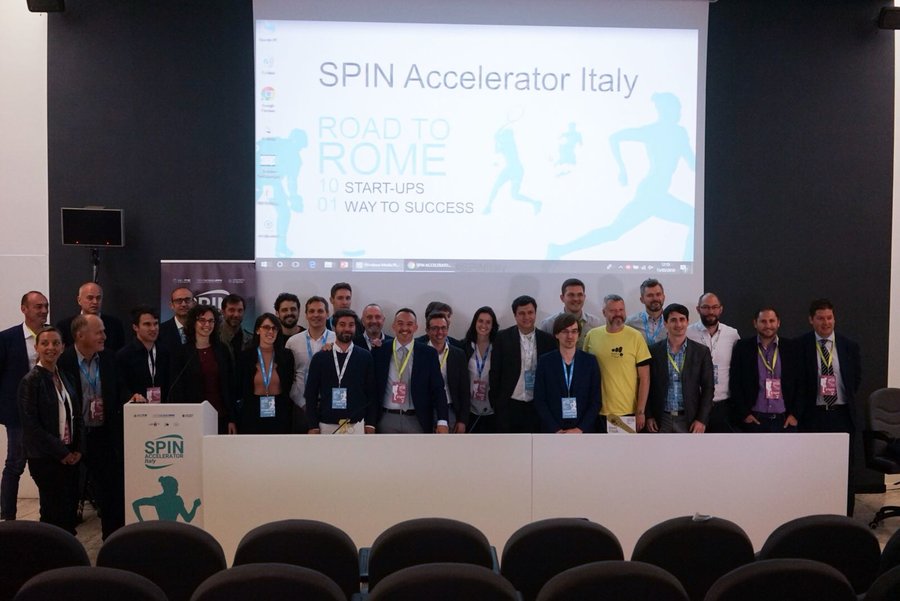 The closing event of the first edition of SPIN Accelerator Italy, the international acceleration program dedicated to sport-tech start-ups, promoted by Hype, Sport Innovation, Trentino Sviluppo and University of Trento, under the patronage of CONI and the Italian Outdoor Group, was held on 15 May in the prestigious setting of the “Giulio Onesti” Olympic Preparation Center of CONI in Rome. Ten startups from all over Europe and from the United States presented their projects to investors and the media, after a four-month acceleration process at Progetto Manifattura, the green pole of Trentino Sviluppo in Rovereto. Among these projects we cite: the intelligent helmet that warns rescuers if the motorcyclist falls, the equation to improve the performance of volleyball players and the software that teaches hockey and fights bullying.

In the end, the competition was won by Padua-based Wearit, the smart platform that offers skiers the ability to monitor their performance and skiing style thanks to wearable technological devices that can be installed on their boots. WiFit, the system for managing training without the need to rely on a single company, won the Best Exhibit award.

In attendance at the event, among others, was Olympic champion Jury Chechi and the CONI President Giovanni Malagò, who defined the pitch battle “a challenge that goes in the direction of modernity, an expression of a territory, Trentino, at the forefront and rich of ideas”.