Dr. Schär and the Valsugana Valley
Bread, that nourishment for all, that creates work and makes the region grow 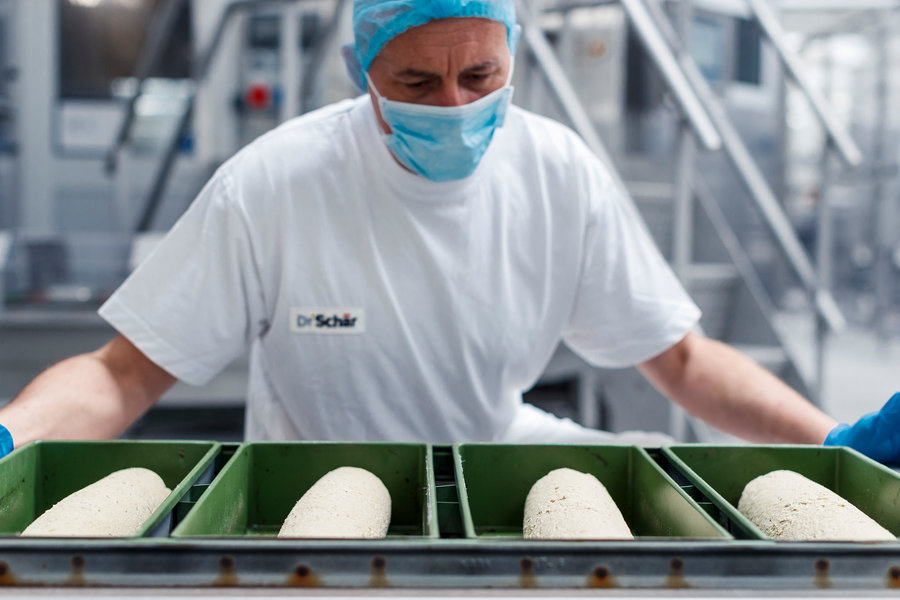 The green landscape of Valsugana and the well-known waters of the Caldonazzo and Levico lakes have always been in Ulrich Ladurner’s heart. When he was a young man, he used to spend here his holidays , or just a few days of leisure with his friends, under the sun, on his way to becoming an entrepreneur. The link between the Founder and current Chairman of gluten-free giant Dr. Schär and this Trentino valley is today more lively than ever. Sentimental and environmental considerations have been enhanced by the desire to grow in this region, to start a productive activity that gives life to new products and work to many people, and to become an integral part of the Valsugana community.

The history of the South Tyrolean company Dr. Schär intersected with that of Trentino Sviluppo and the Province of Trento just over 5 years ago. A contact coming to fruition at a critical moment for Trentino, which was overcome by merging skills and energies.

Let's take a step back. In 2013, the industrial fabric of Valsugana and Trentino was at risk of suffering a major blow: the Gourmet Italia plant in Borgo Valsugana found itself in rough waters, hard hit by the economic crisis and with 100 workers who were about to lose their jobs. An alternative was needed, a new industrial project, an intervention to save jobs and not throw away the skills developed by this company. In cooperation with Trentino Sviluppo, the Province of Trento activated all its resources to find an answer, gathering entrepreneurs and studying with them the revival of the Gourmet Italia plant.

The spark was triggered with Ladurner and his Dr. Schär. A like-minded production sector, value sharing and availability on the territory of people with valuable skills and great desire to do did the rest, taking the first step in the development of what is today the gluten-free district of Trentino.

And so, in 2014, after the completion of the redevelopment activities, machines started up again, and people returned to work: frozen gluten-free ready meals bearing the Schär brand started being produced in the former Gourmet facility. Are we in the middle of our happy ending yet? No, only in chapter one. Because Ulrich Ladurner saw in Borgo Valsugana fertile ground for his activity. In 2015, he opened the new Dr. Schär’s Pizza Center, right next to the first production facility. Here, 4,000 pizzas are produced every day for consumers with celiac disease, who can thus safely enjoy this dish, a symbol of Italian tradition.

And for this year, a new goal: bread. The company from Postal has continued to grow, with the inauguration of new production lines in the fully renovated building born as Business Innovation Center of Trentino Sviluppo. An agreement with the public administration was signed in 2016. The company pledged to invest 9 million Euro and hire 40 people. In the end, 12.5 million were invested, which rise to 20 million if one counts the investments made by the company since 2014. And the new employees? As many as 50.

And so today a gluten-free giant like Dr. Schär, with 1,200 workers in the world and a turnover of 347 million, has left its footprint in Trentino, in Valsugana ... A place of nature and values that, once discovered, remains in one’s heart and mind forever. Ulrich Ladurner bears witness.

Give a future to a factory in crisis. Expand the range of gluten-free products