Building Machinery that Does Not Yet Exist? RK Will Take Care of It
The company with a 100% mechatronic soul was born and grew in the Rovereto Hub 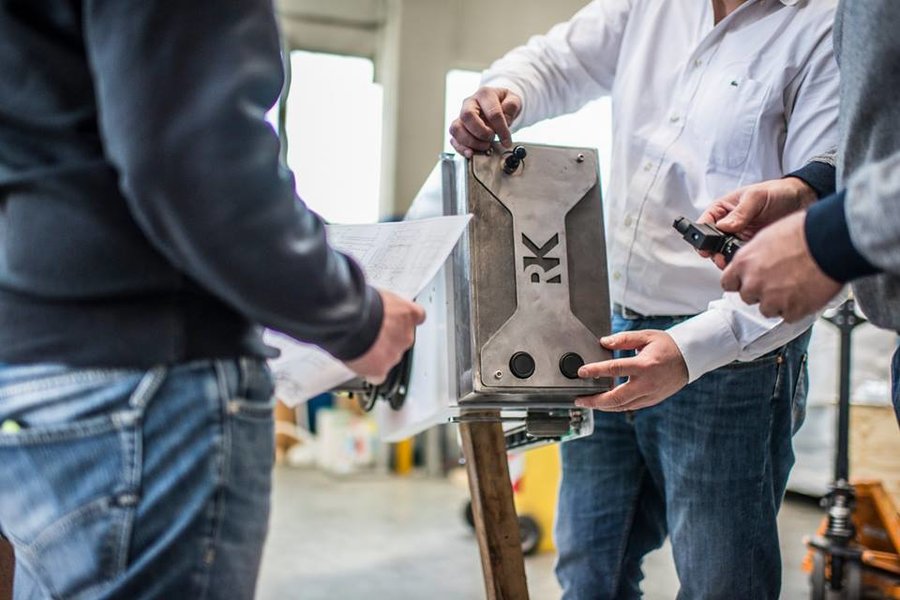 From research to business

RK’s business history finds its origin in the mind of a young engineer, born in 1981, among the first Mechatronics graduates at the University of Trento and the recipient of a Ph.D. in Mechatronics. After studying the subject in depth, Andrea Rao, current CEO of RK Macchine, understood that for him the achievement of his professional goals would come with the start of his own business. That is how he began to imagine a company capable of creating a new generation of fully customized machinery.

Rao proposed the idea to Trentino Sviluppo and was included in the pre-incubation process. Shortly thereafter, the innovative value of his vision led him to be selected by the Seed Money-FESR 2011 project, managed by Trentino Sviluppo for the Province of Trento. In 2012, after just 8 months of pre-incubation, RK was officially established, settling in a building in the industrial area of Rovereto.

Ingenuity for the industrial sector

After its initial engineering design activity for the industrial sector, RK also started the mechatronics production, including the management of machinery from conception to after-sales assistance. Unique creations studied on the discrete details of the customers’ activities, from the most classic ones to robotics, from the processing of materials to assembly, from packaging to logistics and quality control, without forgetting the link with the world of research, through machinery dedicated to micron-precision testing.

The business grew year after year, with increasingly complex machines to be built. And so did the number of employees - today, the staff includes around a dozen engineers, skilled workers and administrative staff – as well as the partners and the turnover.

A natural choice: The Mechatronics Hub

As the space available to RK in the industrial area became increasingly tight, the Mechatronics Hub on Via Zeni, in Rovereto, continued to grow, with the addition of large sector groups and the flourishing of innovative startups and small-medium enterprises with like-minded interests. And so the link, already strong, with Trentino Sviluppo, eventually lead to the choice by RK to become part of the Hub, in an area of 1,000 square meters.

“It was hard to understand how much space we would need in the near future. For this - Rao explains - going modular for us was the ideal solution. Furthermore, within the Hub we are in close contact with other companies of the same sector and in the heart of the Trentino mechatronics cluster”.

Partnerships are aplenty, both at local level (for example, with Solidpower, in Mezzolombardo, and Bonfiglioli, at the Mechatronics Hub), and nationally and internationally, particularly in Germany.

The machinery of the future

“Every machine is a unique project for us. The best moment of our work - Andrea Rao points out - is when we test a product at our customer’s facility and see that everything works perfectly. At that moment, after having imagined, designed and created a machine, we are ready to say it goodbye. We learn something new from every job, and we try to put our new knowledge to good use”.

“There is no doubt - Rao concludes - that our best machine is the one we will build tomorrow”.